Need a Roofer in Aurora? We've Got You Covered.

We handle every job with the precision of a Ninja and are in and out with great speed. Our team always does the right thing and never brings dishonor to our job sites. We always look out for what’s best for our clients. Roofing is our calling. We are dedicated to our core values and getting the job done with precision while keeping an eye out for fine details. Our goal is always to get the job done right and promptly on time. Ninja Roofs takes roofing to another level regarding customer service and quality. We always look out for your best interest in every project we take on. Our team is calm, cool, and collected with every project. We take on your project with grace and perfection.

Quick & Efficient - It's the Ninja Way

The experts at Ninja Roofs in Centennial, CO have the experience to handle any new project that comes their way. We’ve seen it all when it comes to roof replacement and repair, which helps them with your project on handling unique tasks regular roofing companies cannot do. 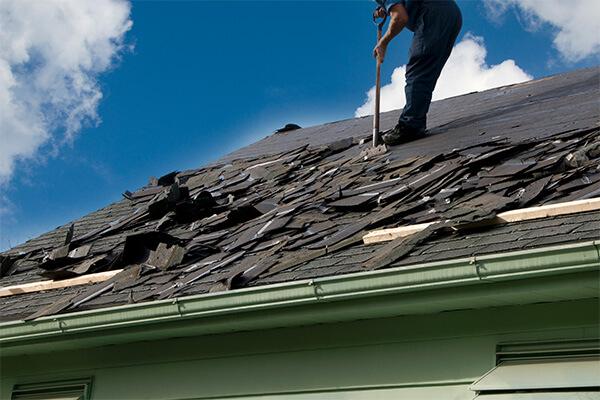 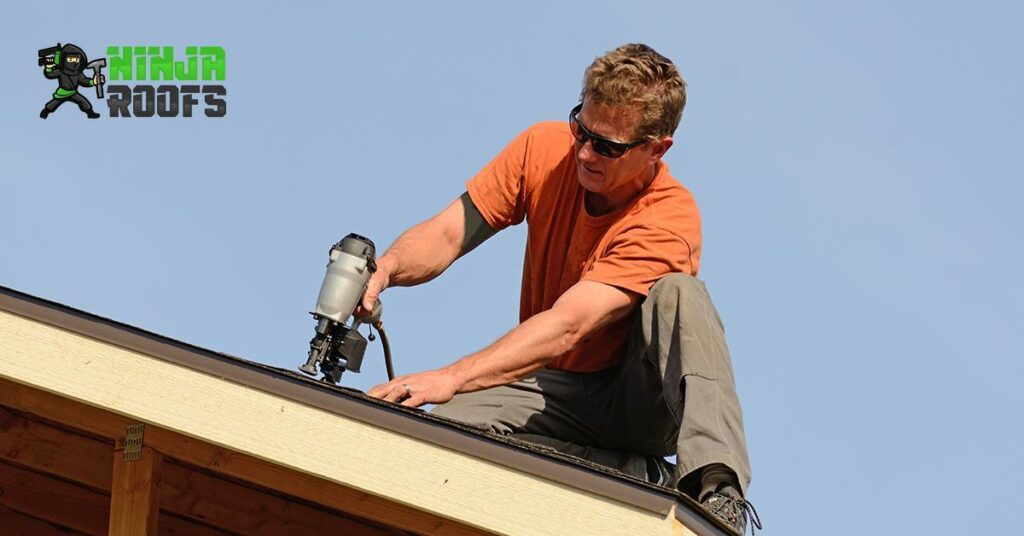 If you have a roof leak or any of the following roof issues listed below, we advise you to contact our reputable roof repair experts immediately. Here are some of the most common concerns with roofs you should look out for:

Damaged Shingles
Besides giving your roof a nice aesthetic, shingles are also used to defend your roof from moisture. Once they become damaged, you will experience leaks and other roof issues.

Ruined Soffits
Soffits are good sites for tiny creatures—including squirrels and birds—to hide and seek refuge. Even so, squirrels may try to claw or break their way through the vents. Thus, you should book for regular roof inspections to keep watch on them.

Excessive Moisture
Mold and mildew could start to form on your roof if too much moisture infiltrates it. They might even start to smell awful if not dealt with ASAP.

Issues with The Flashing
It’s important that your flashing, which is often made of thick rubber or metals, be properly installed because it serves as your roof’s first line of protection. Once it starts having issues, let us know immediately to get it fixed.

Accumulation in The Gutters
Mold or mildew may develop in your gutters if you let too many leaves or debris accumulate. Because of that, our expert roofers normally recommend you have the gutter buildup removed and cleaned twice a year.

You may not realize that there are many advantages to repairing or replacing your roof. The roof’s impact on your home is often overlooked. These are some of the many benefits that you may expect from a new roof on your home. 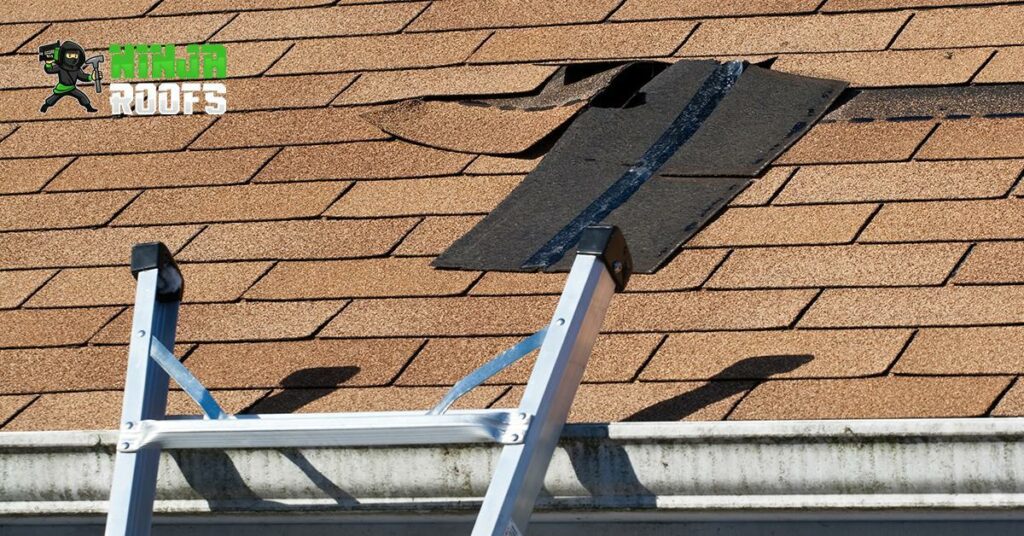 You should have your roof inspected by a professional, like our licensed roofers, as soon as possible— whether you’re convinced there is an issue with your roof or you suspect that there could be one.

Such a problem can usually be manageable after a timely roof repair. Depending on how old your roof system is, and the damage is done, it would be advisable to replace it completely in some cases.

Thus, ensure that our expert roofers examine your roof from top to bottom, including the structure.

Your main priority should be having your roof inspected and fixed immediately. If you put off taking care of it because it looks like a small problem, it’ll probably turn into something worse or even cause new problems.

Ninja Roofs are calm and ready for storm damage and roof repair. Our team has been training for moments like this. Suppose your property has experienced any damage or aging. We are here to help. The weather in Colorado can get extreme. That’s where Ninja Roofs comes in silently to fix the problems swiftly. 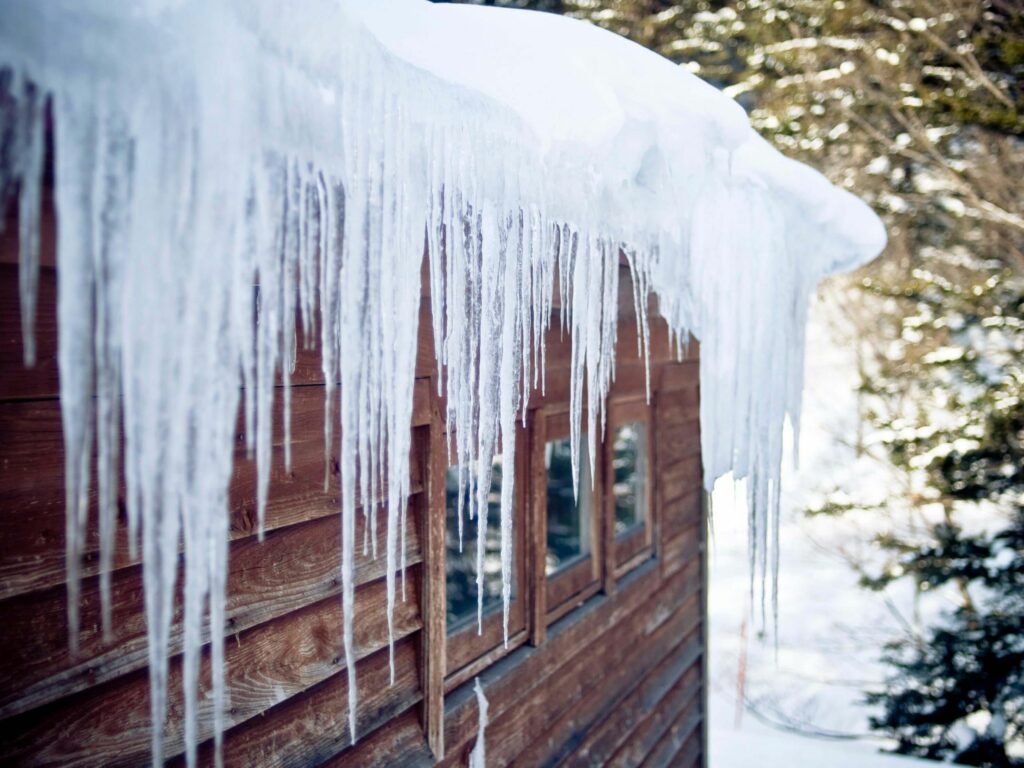 When you choose Ninja Roofs for your commercial roofing needs, rest assured that we’ll do it right. We have partnered with the best in the industry with the knowledge.

Gutters are essential for any house or building because they prevent water damage from heavy rains and other elements like hail or snow. Ninja Gutter Systems will help you keep your home safe while improving its value. It’s vital to have professional gutter services installed in your home because you may experience mold growth without them, which can cause serious health issues for anyone living there. 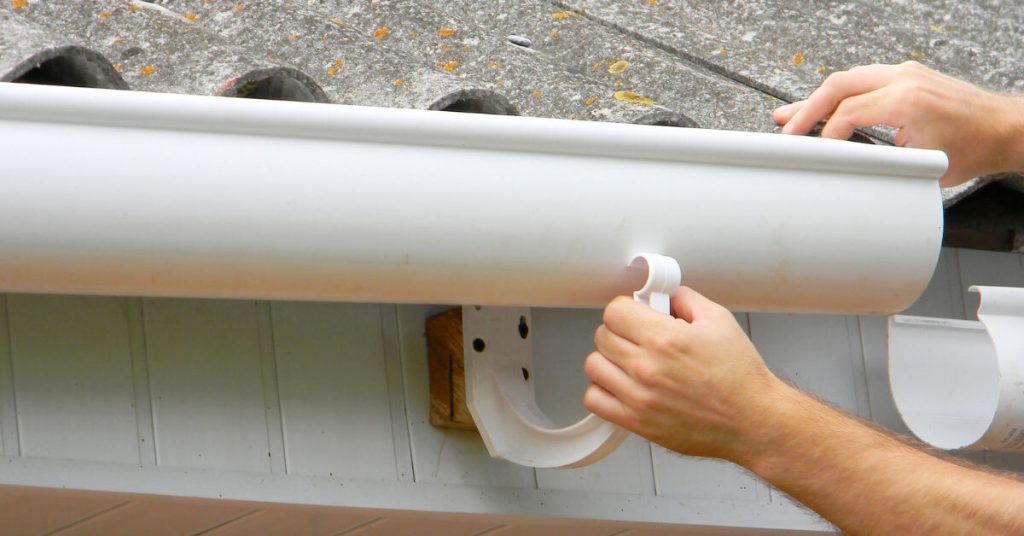 Ninja Roofs is the perfect solution for those who need roofing supplies when there are shortages. Our talented team and state-of-the-art technology will get your materials delivered on time and quickly to complete the job at hand.

Your Needs Are Our Priority

You can depend on us for all your roofing needs to be there. We are fast and professional with a reputation for excellent customer service that will meet your every need from start to finish.

Prolonging the life of your roof may be an essential factor in determining its value. Preventative maintenance will help ensure that you get more use out of it and if anything goes wrong with any part.

The City of Aurora was founded in 1891 and named for one of the most beautiful celestial objects: The Aurora Borealis. Aurora is known as the “City of Lights” because it was one of the first cities to adopt electric streetlights.

Aurora is home to many businesses and organizations, including Buckley Air Force Base, Children’s Hospital Colorado, and Panasonic Enterprise Solutions Company. The City also has a rich history and culture, which can be seen in its many museums and art galleries.

Aurora is a diverse community, with Hispanic or Latino residents making up 29% of the population. The city also has a large African American community, accounting for 15% of the total population. Other significant ethnic groups include Asians (5%), Native Americans (2%), and Pacific Islanders (1%). The majority of Aurora residents are White (43%), followed by Hispanic or Latino (29%). Nearly one-fifth of the population (19%) is under 18 years old, while 14% are 65 years or older. The median household income in Aurora is $57,000, and the poverty rate is 14%. Aurora is a growing city, with the population expected to reach 400,000 by 2020.

Aurora, Colorado is home to a variety of excellent educational opportunities. The Aurora Public Schools district serves over 41,000 students in preschool through 12th grade, and offers a wide range of programs and services to meet the needs of all learners. In addition to traditional public schools, Aurora also has several charter and magnet schools, as well as a number of private schools. Higher education is also flourishing in Aurora.

The city is home to the Community College of Aurora, a two-year institution that offers over 100 degree and certificate programs. Metropolitan State University of Denver also has a campus in Aurora, providing bachelor’s and master’s degrees in a variety of disciplines. With so many choices, Aurora provides an outstanding environment for pursuing any educational goal.

Aurora, Colorado is a beautiful city located just east of Denver. With its picturesque mountain views and vibrant cultural scene, Aurora has something to offer everyone. For outdoor enthusiasts, there are plenty of trails to hike and bike, and in the winter, the city comes alive with snow sports. Aurora is also home to a number of museums and art galleries, as well as a lively music scene. Whether you’re looking for an action-packed vacation or a relaxing getaway, Aurora is the perfect destination.

Aurora is a great place to live, work, and raise a family. The city offers a variety of housing options, excellent schools, and many recreational and cultural activities. There is something for everyone in Aurora!

Need Help With Your Home In Aurora? Give Us A Call!

Have a Roofing Question?

Menu
Copyright ©2022 All Rights Are Reserved.
Scroll to Top